Posted by Nilima Mohite on November 15, 2011
Hi good day !
What gum do you eat? Today post lunch we went for a walk & stopped at a general store to buy some toffees. Here is the new attraction they had: 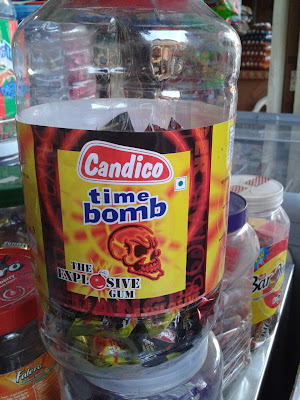 They say the other big attraction among kids is the Zour Bomb ! 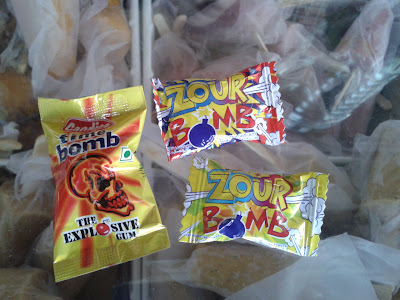 The Time bomb was a normal gum. But the Zour Bomb was aaarrgghh.... we just threw it away.
Even awla tastes 10 times better than this.

Try these if you get them. Want to gift it to prankster brothers I have. Im sure they will love them & ask for more :P