Posted by Nilima Mohite on May 03, 2010
Hi Good day ppl!
Jai Maharashtra !!! :)
1st May is Maharashtra Day, known to everyone since its a public holiday. Parents told us this is the time when Maharashtra was declared a state 50 years ago on 1st May 1960. Aprat from that it is also Labour day.
So on 30th April, in the newspaper came an Advertisement for a Dance,Music, Laser show arranged by the Maharashtra Government from Marine Lines to Girgaum chowpatty on 1st May 2010 from 6:30-9:30pm.
You needed to have passes to get entry in the sitting area. So collected 4passes from Dadar-Maharashtra Watch & Gramophone Co. 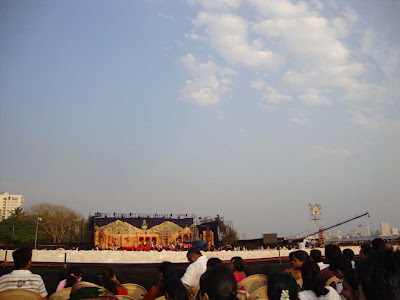 The area on the chowpatty arranged for the show. We had orange passes. The front section was for chief guests & VVIP. Good arangement & management by the government. 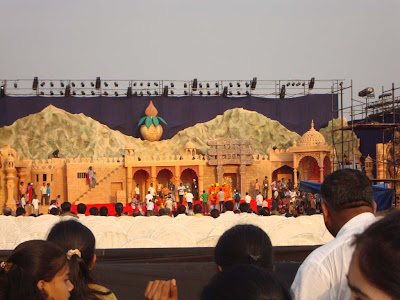 We reached by 5:45, settled down in seats with the best view. The rehearsals were going on. Mr.Hande's clear & distinctive voice could be heard conducting the rehearsals. 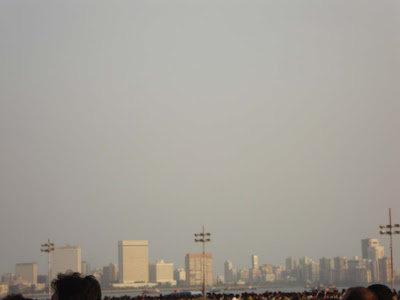 The Marine Lines on our right. The laser show was going to be conducted from the Air India building & other spots around the Queen's necklace. 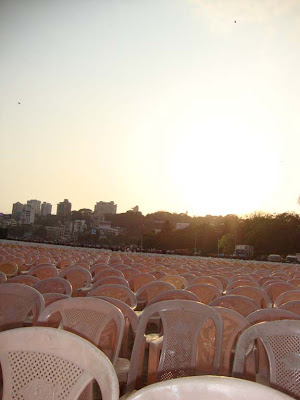 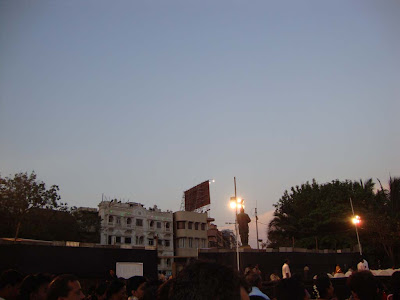 There were 2screens set up inside to get a view of whats happening on stage. Perfect for us. Also on the road at intervals such screens were set so that the people around the sea face could watch the show.Good Thinking. 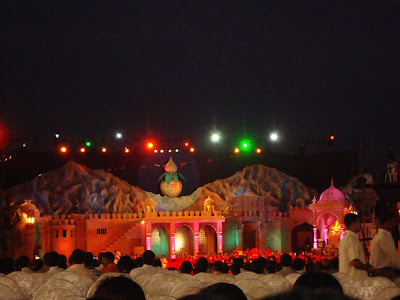 The show began with the Police & Naval band 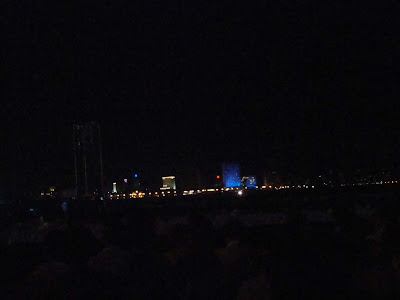 The Queens Necklace gearing up for the laser show. In between you could see laser beams shooting up. Making the kids be a little more patient coz they were getting restless. 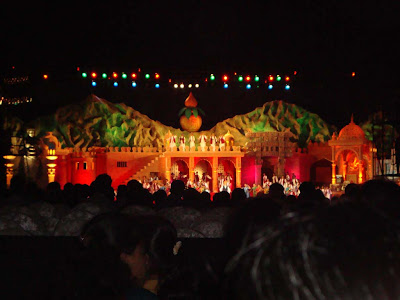 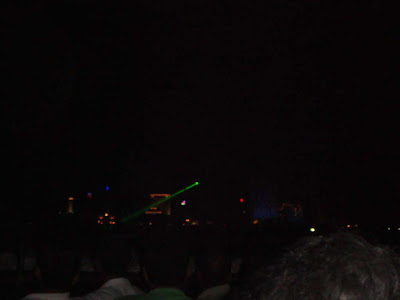 Here comes the Laser show. Unfortunately due to change in wind direction we on the chowpatty couldnt get a clear view. On the Air India building the lasers were beamed to depicts shapes & images all in sync with music & presenting the jewels of Maharashtra. 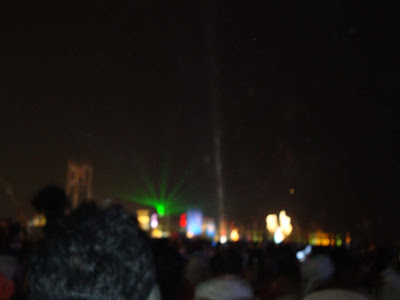 My cam didnt help me much this time, coz the distance was too much plus the laser beams difficult to catch. 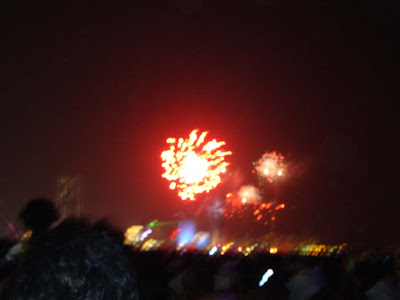 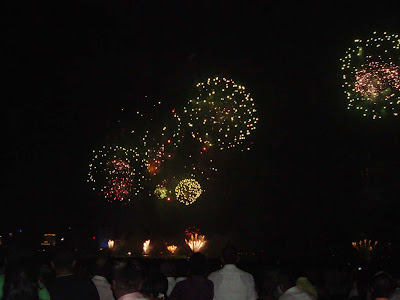 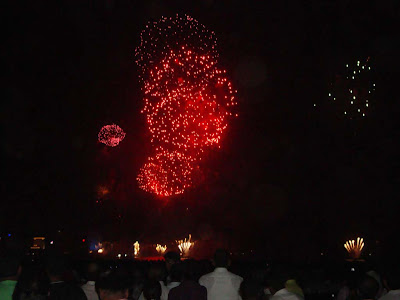 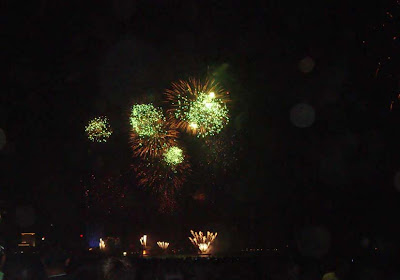 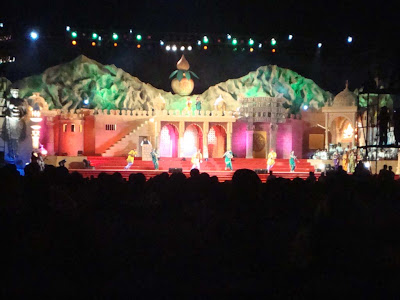 The Last show by Chaturang & as usual expertly conducted by Mr.Hande famous for his show-Marathi Bana. They depicted each stage of Maharashtra, its growth, its hand in helping India pre & post Independence. Got to know 126 people sacrifised thier lifes to make Maharashtra a seperate state, thats why the chowk is called Hutatma Chowk. 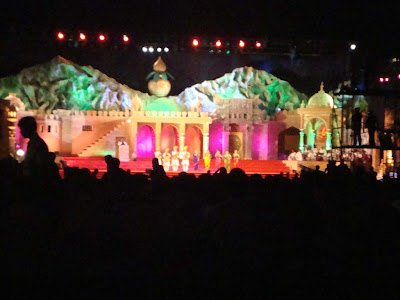 The stages of Maharashtra may it be Mughals regime, Shivajis fight for Swarajya, the efforts for India's Independance struggle, the maximum freedom fighters & activists came from Maharashtra, the post Independance struggle, the chance for the artists. poets, theatre to grow, the festivals & events organised to get people together, educate, earn,... & the present state: The Hub of India's progress. 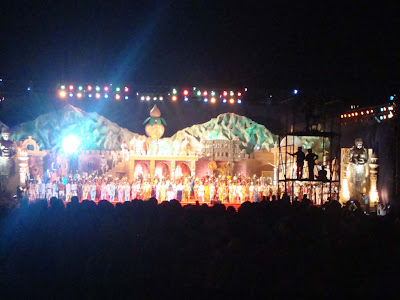 Chaturang's entire team, requesting the people to make Maharashtra & India's growth a personal matter & achieve this goal no matter what. 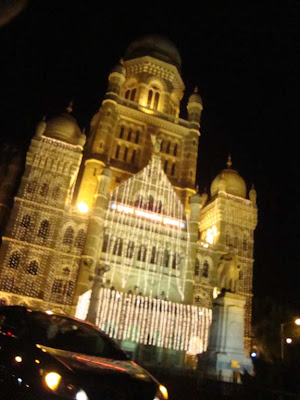 Wow, this was the icing on the cake. While rushing to CST to catch the last local home, saw how the BMC & CST station was decorated to celebrate the 50th Anniversary of Maharashtra as a state. 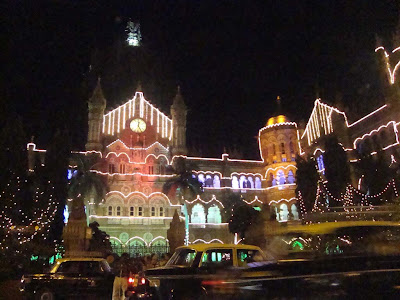 :) Lovely!!!
Finally got the last local home & slept with patriotic songs playing in my ears.

Proud to be a Maharashtrian & an Indian! Jai Maharashtra & Jai Hind!